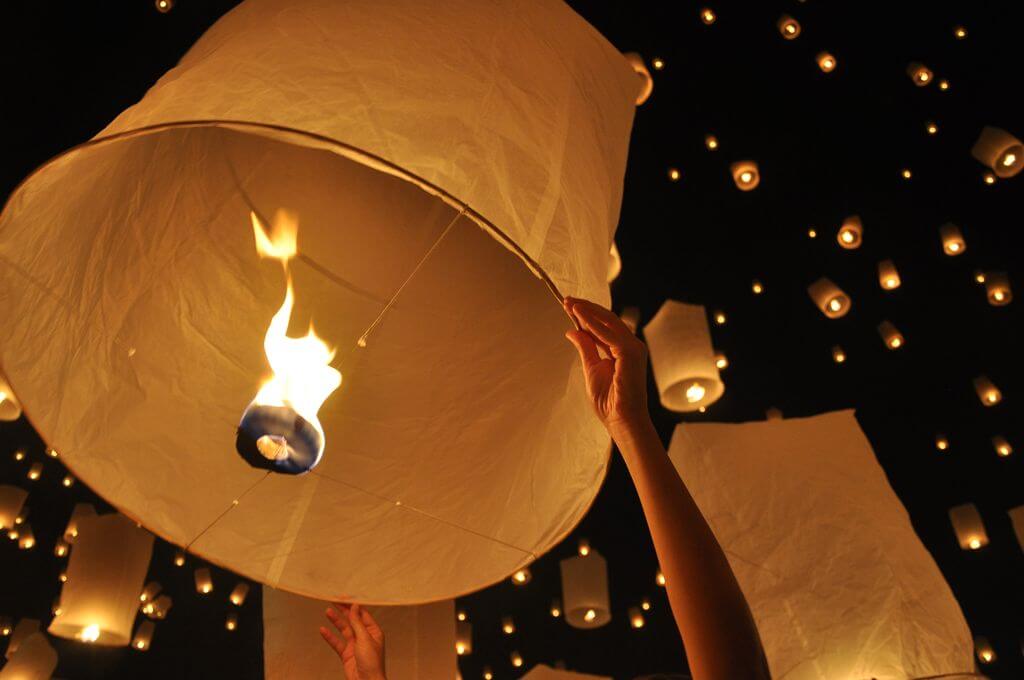 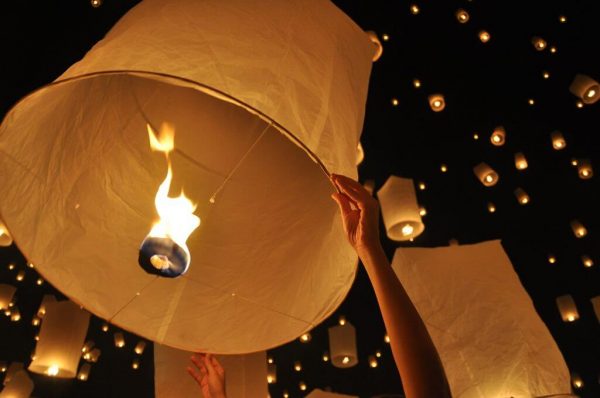 The most beautiful festival that fills the sky with lights in Thailand. 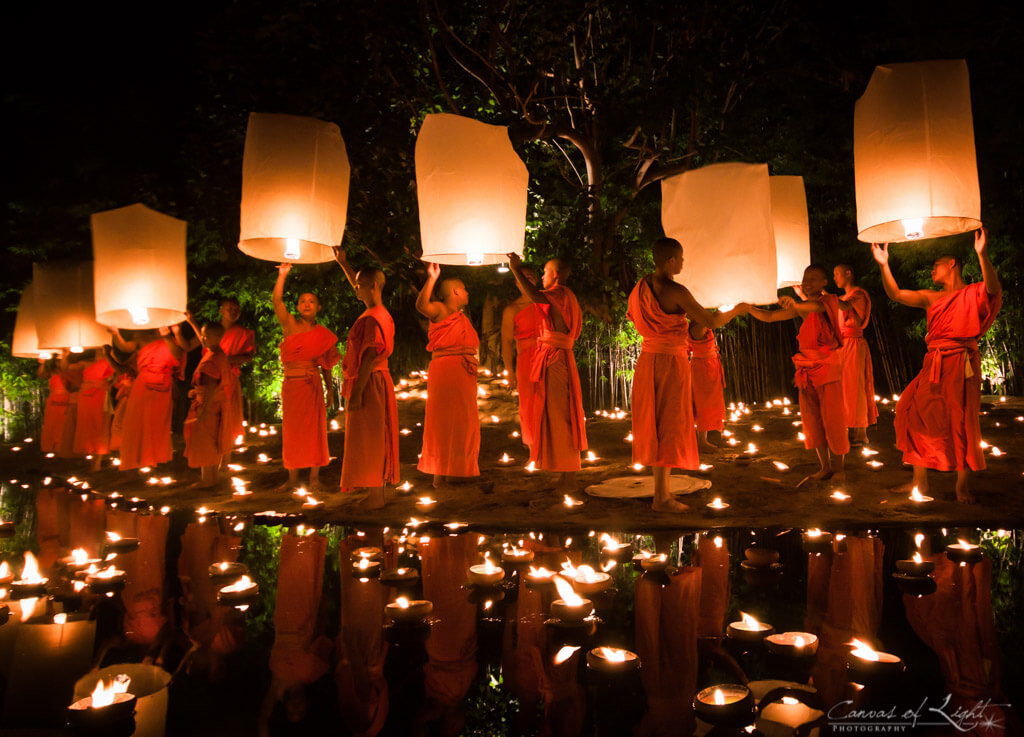 Every twelfth lunar month on the Buddhist calendar, when the night sky in Thailand is lit up, the Festival of Lights as it is known by tourists or Yee Peng for Thais is held. It is a festival where couples, friends, family and loved ones usually gather at rivers or in open spaces, to let the khom loi (or floating lanterns) take off so their wishes and prayers rise to the heavens. It is a beautiful sight that fills the sky with thousands of lights. The next festival will fall on November 28 in Thailand. 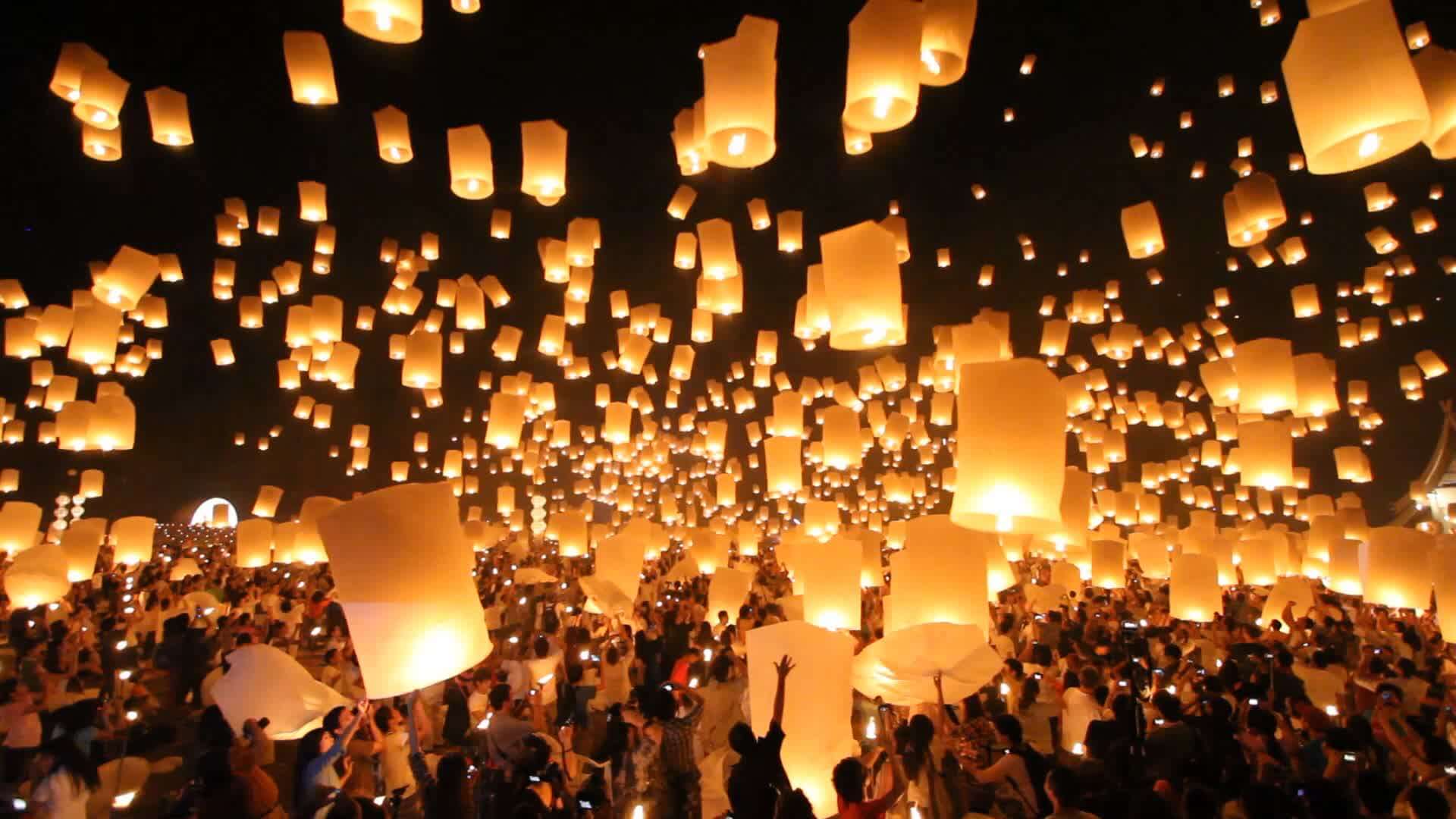 The origin of Yee Peng festival is still not completely clear, but it does have deep Buddhist roots and over time they blended with Thai culture. Some think that Yee Peng stems from the branch of Buddhism Mahayana and was introduced by China. Others believe that this festival comes from India during the early days of Buddhism and makes an allusion to a story in which Buddha, after achieving enlightenment, is visited by a bird carrying a candle. 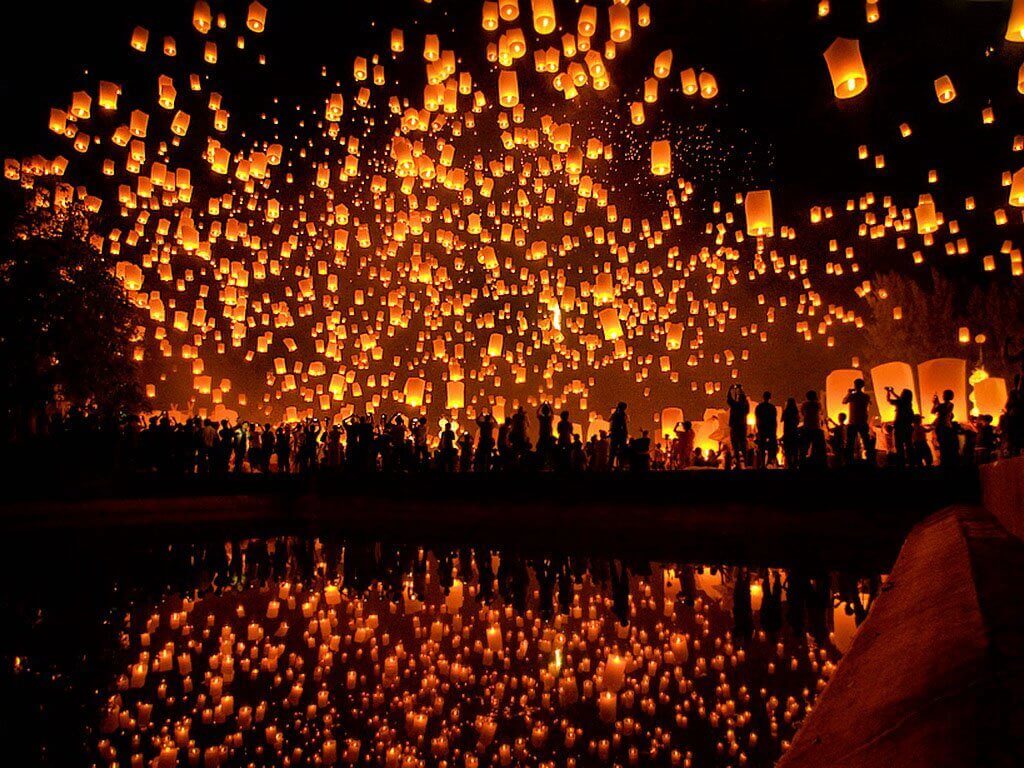 The floating lanterns, known as khom loi, are basically balloons made with very thin and translucent rice paper with a bamboo or metal frame so that they are as light as possible. On the top, there is a small piece of paraffin which, when lit, will light up the lantern from the inside and heat the air inside the lantern at the same time, allowing it to gently rise. It is the same principle as hot air balloons. 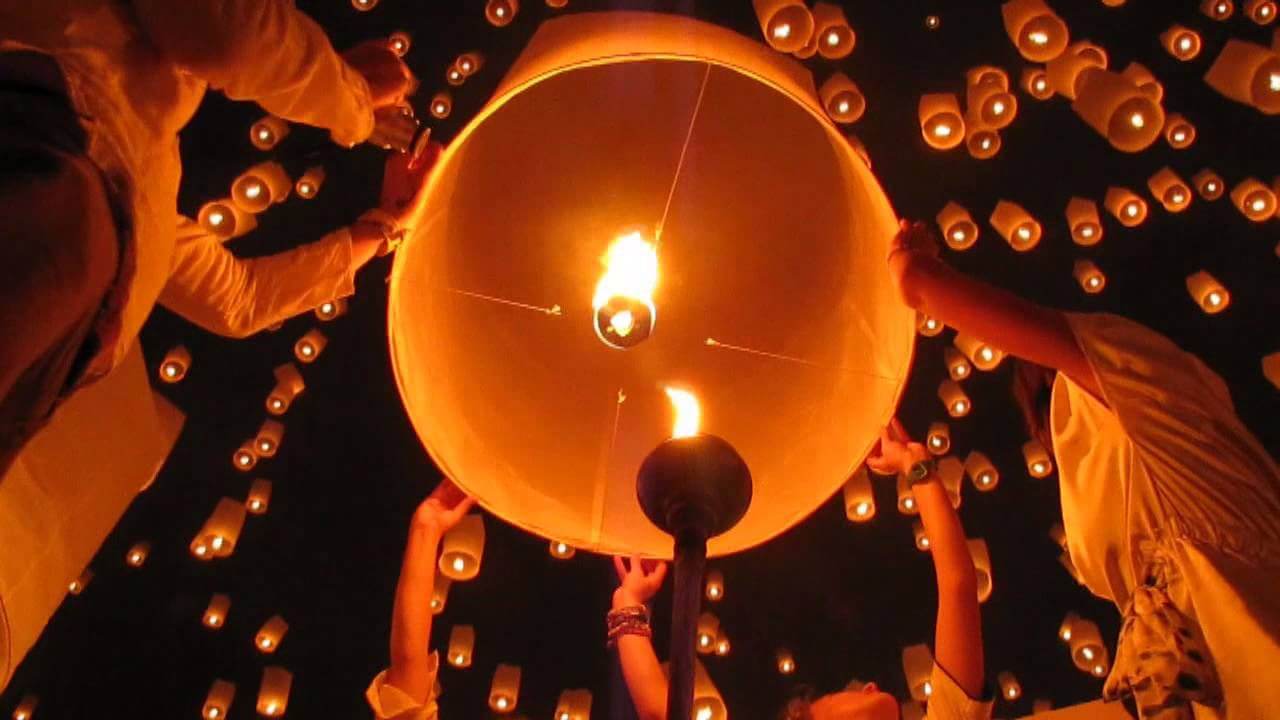 The magic moment happens when the people participating in the festival get in a circle and light the candle in the lantern. They all make their wishes and prayers to then let the khom loi go when it is ready to lift so that it slowly goes up to the firmament. Many people believe that when this lantern goes, so do their problems since it is a moment that brings out our spirituality regardless of our beliefs. 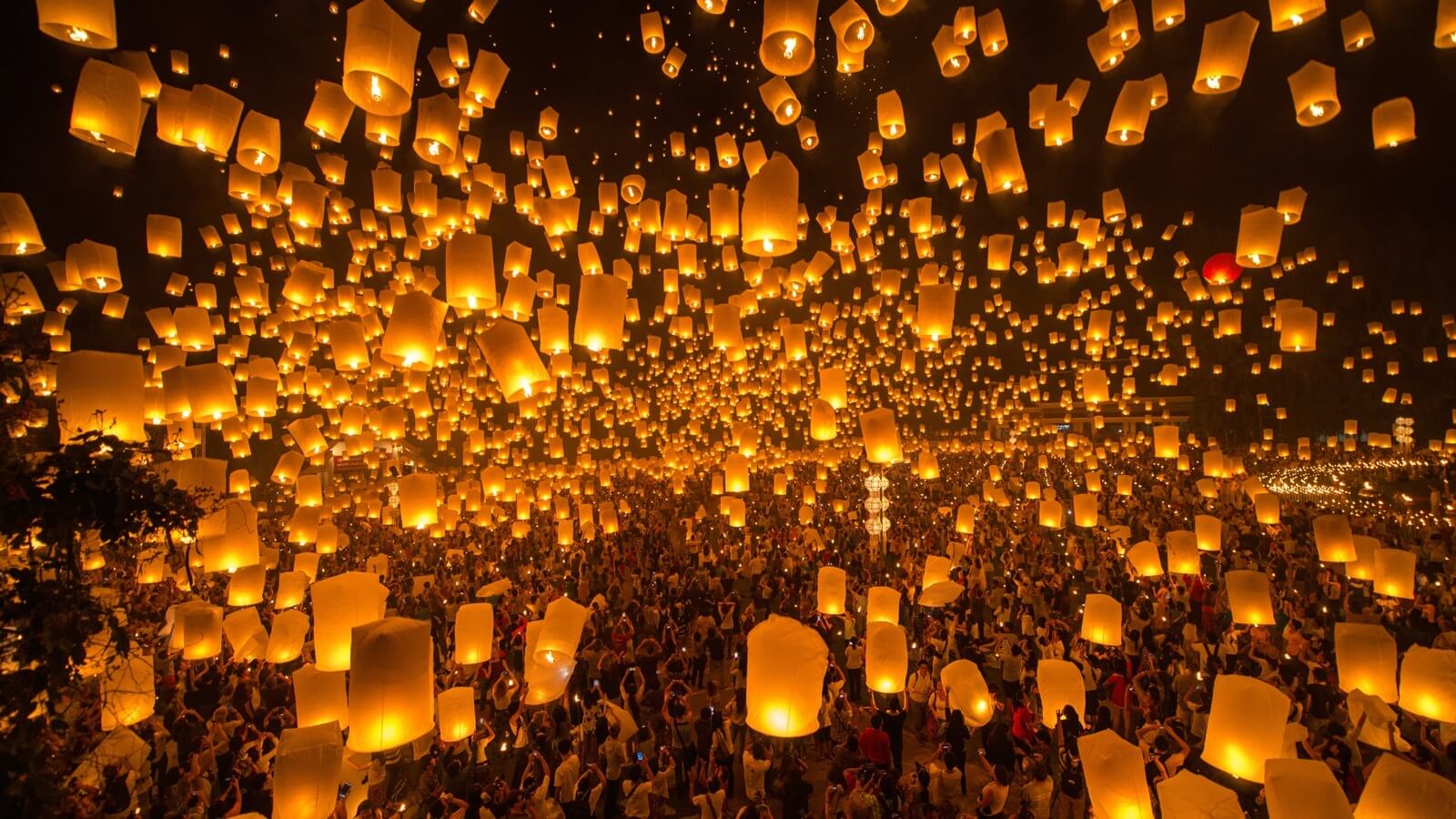 If you want to see this festival in all of its splendor, there is no place that celebrates with more passion than the city of Chiang Mai, in the north of Thailand. All of the city is decorated with paper lanterns and there are also fireworks. Here, thousands and thousands of khom loi will cover the sky like a sprinkle of floating orange “fireflies.”

Do you have to know them all? In the Exclusive Benefits section of the Exclusive Traveler Club website, discover the best deals to travel to Thailand and around the world. 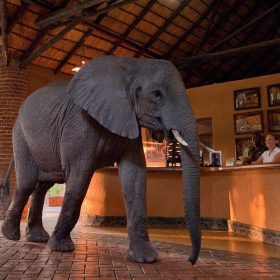 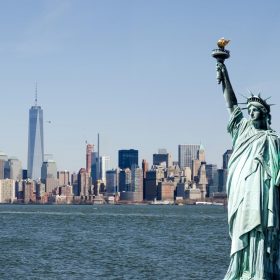 Explore the other side of New York: Its iconic neighborhoods 20 August, 2018