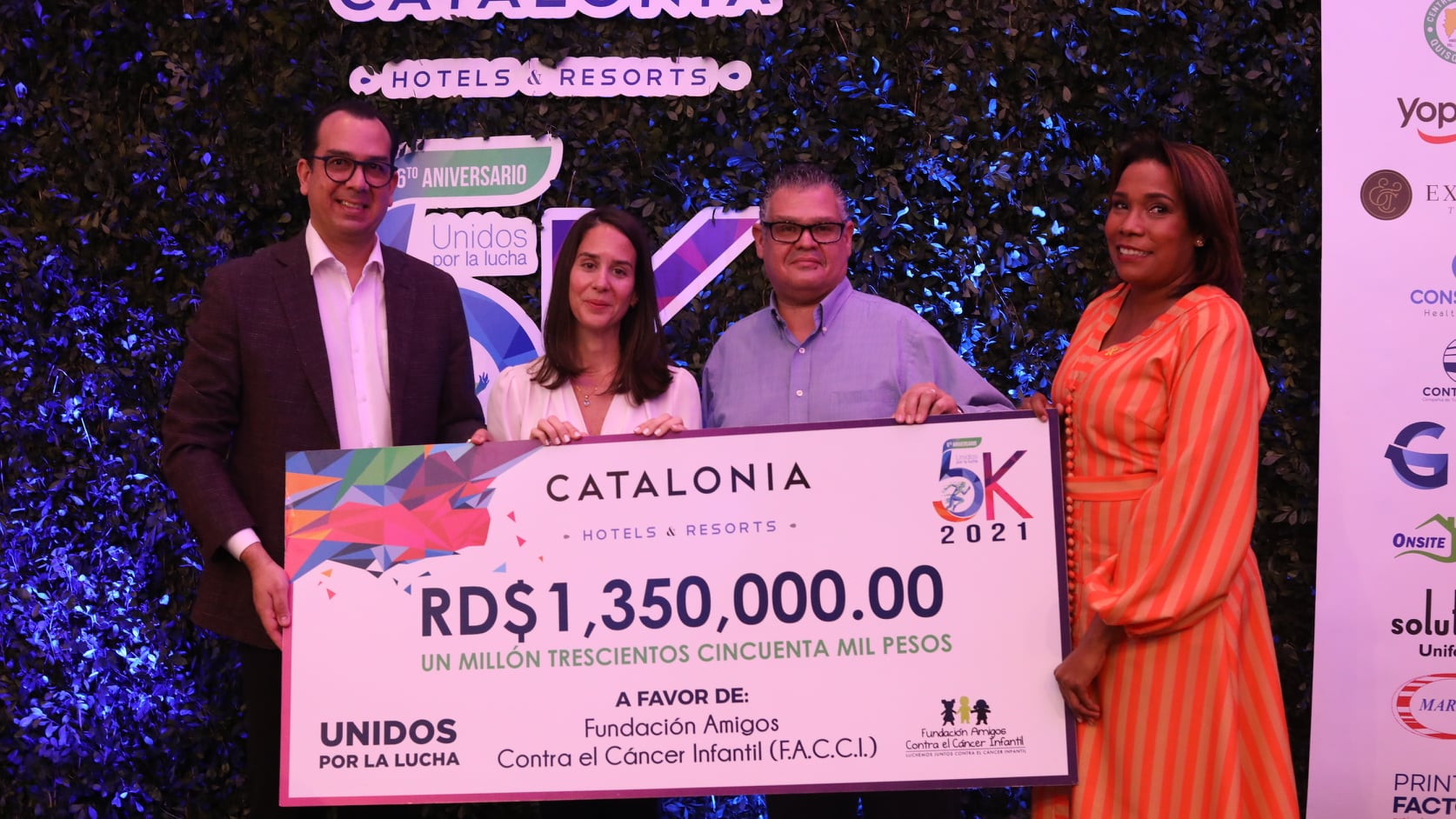 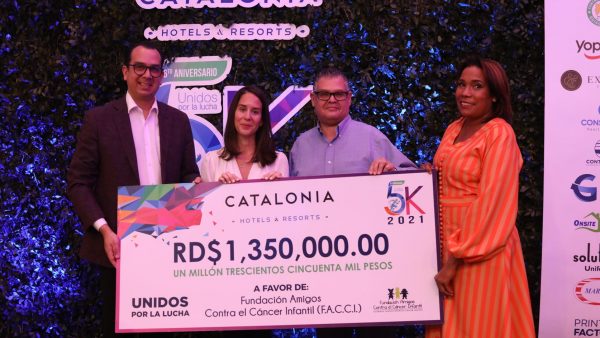 It is a tradition that every year Exclusive Traveler Club participates as an official sponsor in the Catalonia 5K run that Catolonia Hotels & Resorts organizes each year to support the Amigos Contra el Cáncer Infantil Foundation (Friends Against Childhood Cancer Foundation) —and 2021 was no exception.

On February 25, 2022, at an event at the Catalonia Santo Domingo Hotel, the hotel chain donated the money raised (RD$1,350,000, about US$24,567) to this non-profit organization that works to improve the quality of life of children with this disease.

As per tradition, Catalonia held a cocktail party to announce the donation that it makes to the foundation each year. The money that is donated is made possible through the support of all the runners, an open call for help at a national and international level, and the generous sponsors who support the noble cause. 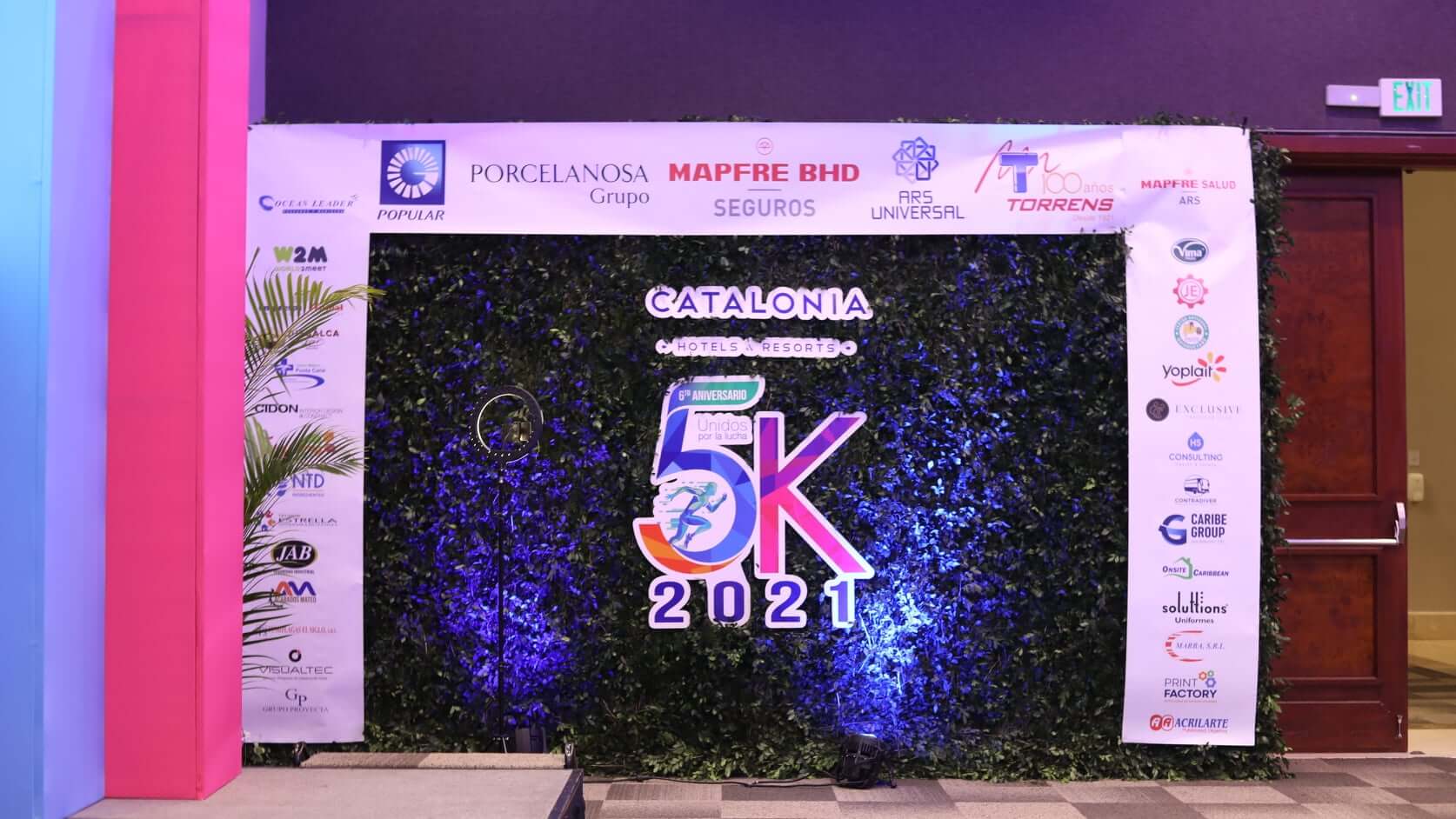 Because the pandemic forced the 2021 run to go virtual, a change that was both successful and widely accepted, the participants ran the distance on their own along the route they chose and recorded their time using an app. A special mention to some of our Exclusive collaborators who participated in such a great event.

This outstanding initiative, launched for the first time in 2016, is an important milestone for the entire Catalonia family and all its employees. Each year more sponsors and participants join the run and this was the first edition in which European participants were able to join in virtually to raise funds as well.

Exclusive Traveler Club and Catalonia are firmly committed to the community around us through initiatives focused on children’s health, implementing programs specifically targeted at children with diseases such as cancer, and we can continue to fight to fulfill a mission of optimism, love and kindness thanks to the Amigos Contra el Cáncer Infantil (Friends Against Children’s Cancer Foundation).

We’re celebrating hope! Because the goal was once again met. 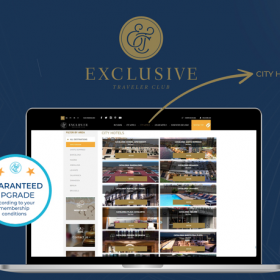