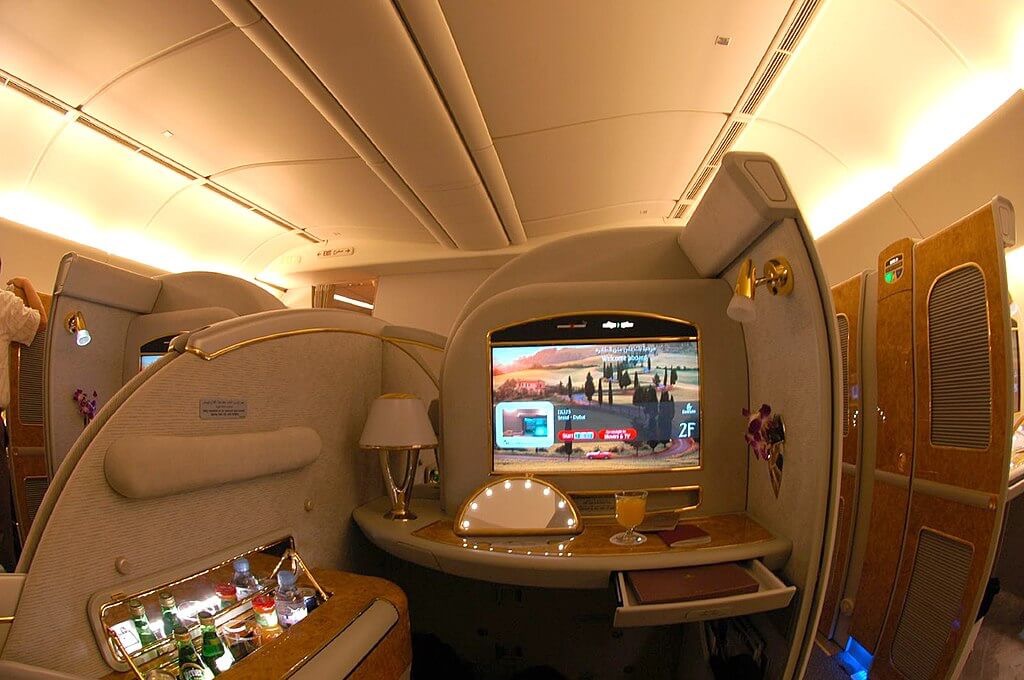 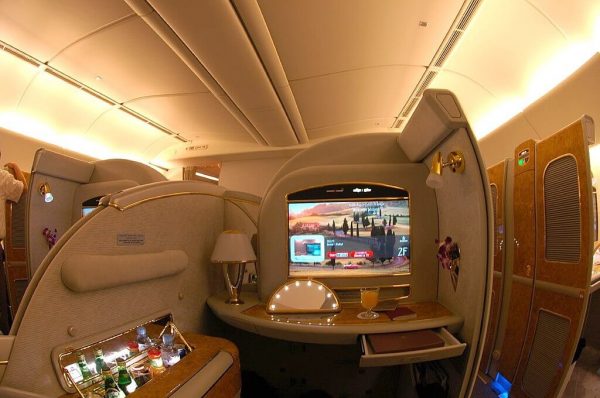 One of the greatest pleasures in life is having the possibility of traveling to destinations that arouse our interest and excitement and then become a maravillosa experience that will last a lifetime. Of course, one of the most important points when we start planning that dream trip is taking into account the airline to choose the best flight, which will take us to our chosen destination from our origin to enjoy our vacation.

How long is the flight? Will I be comfortable throughout the trip with that airline? Will the plane be to my liking? These are some of the questions that travelers ask themselves when they want to book a flight. If the journey is long or has a layover, it is crucial to consider the possibility of traveling in first class due to the benefits that this class will provide. 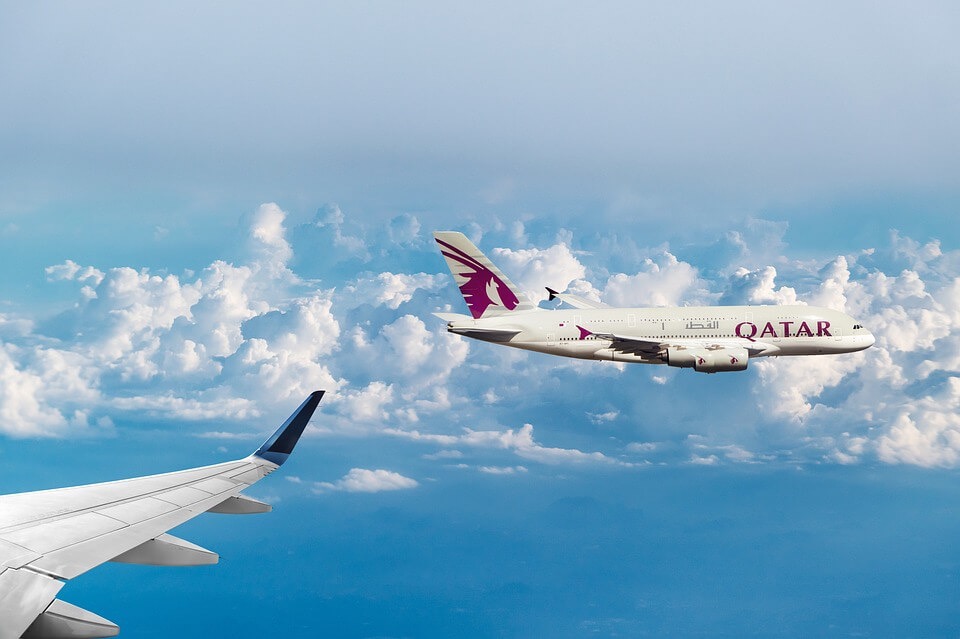 Let’s start with the “queen” of the airlines which was crowned top place, Qatar Airways. A company based in Doha, Qatar, that has one of the most modern and comfortable fleets for long-haul flights, offering passengers 150 destinations around the world. In February 2017, they inaugurated the longest commercial flight in the world, with a daily non-stop route between Doha and Auckland, New Zealand. It has also been awarded as Best Business Class, Best First Class Lounge and Best Middle Eastern Airline.

Second place goes to the Asian airline Singapore Airlines, based in Changi, which is considered the best airport in the world. It has a fleet of 107 aircraft and offers routes to 64 destinations. It has been awarded as the Best Airline in Asia, Best Business Seats and Best On-Board Premium Catering in Economy Class. An interesting aspect to point out is the “sarong kebaya,” the uniform worn by the flight attendants made with traditional “batik” fabric (printed with wax) and designed by the Parisian designer Pierre Balmain in 1968, which has become the distinctive image of the company brand. 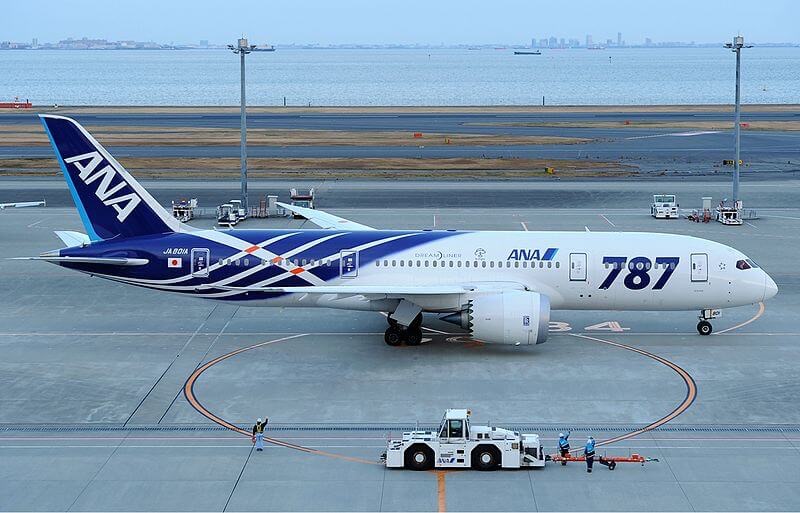 The third position is held by the Japanese airline All Nippon Airways (ANA), founded in 1952. Based in the Narita (Tokyo) and Osaka airports, it offers routes to 72 international destinations and 115 domestic flights. It has a fleet of 240 aircraft. It is worth mentioning that this company ranked thirteenth in the world in terms of income. It received awards for Best Airport Service and Best Staff Service in Asia.

The one that was once considered the best airline in the world, Emirates, now ranks fourth. Based in Dubai, it connects passengers with over 150 destinations around the world and is the only airline operating with a fleet exclusively made up of Airbus A380 and Boeing 777 aircraft. Awarded for Best In-Flight Entertainment and Best First Class Comfort Amenities.

Fifth place is for the Asian airline Cathay Pacific, based in the Chinese city of Hong Kong. It offers service to 130 destinations with a fleet of 150 planes including Boeing 777 and Airbus A330 aircraft. Previously, on four occasions, it was awarded as the best airline in the world; and in 2016 and 2017, it was one of the top five.

The Taiwanese company EVA Air comes in sixth place. It has gained popularity due its themed planes with the famous “Hello Kitty” characters and flies to more than 60 cities in Asia, North America, Europe and Oceania. Its slogan, “Traveling together, sharing the world,” has grabbed the attention of thousands of passengers. It has been awarded for Cleanest Cabins and Best Business Class Comfort Amenities.

In seventh place, Lufthansa airline is the only European company considered to be one of the best. Based in the Frankfurt and Munich airports, and with more than 90 years of history, it has a fleet of 260 aircraft and offers service to more than 220 destinations; this is why it is considered the largest airline in Europe. Recognized for Best Airline in Europe, Best Airline in Western Europe and Best First Class Lounge Dining. 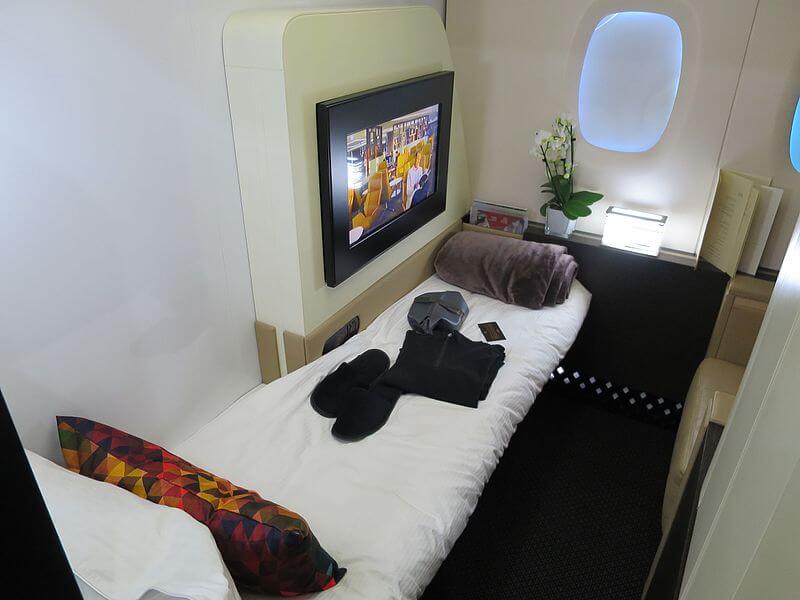 The airline Etihad Airways is in eighth place. Based in Abu Dhabi, it offers the paradigm of luxury on board with its fleet. They have the Airbus A380, considered the most luxurious aircraft in the world since the aircraft has two floors and has three types of seat categories: economic, business and residence. The latter is an area of ​​129 square feet designed for two passengers traveling together; it has a bedroom, a private bathroom with shower and a living room that is also a dining room and cinema room. They have personal butlers, a chef and concierge service to have everything ready when you arrive at the destination. An interesting fact is that the amenity kits include cosmetics from the brand “La Prairie” in small Swarovski bags. Awarded for Best First Class, Best First Class Seats and Best First Class On-Board Catering. 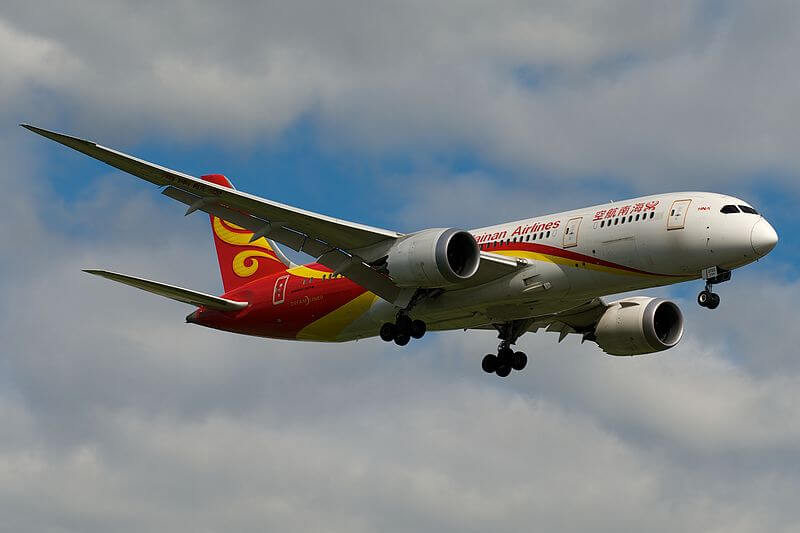 In ninth place is Hainan Airlines, a Chinese company based in Beijing. It has a fleet of over 160 aircraft connecting many countries in the world. It has been rated several times as a five-star company by “Skytrax” and managed to position itself as one of the top ten in the world. An interesting fact is that last year, during Paris fashion week, they presented their new and glamorous uniform designed by the renowned Laurence Xu. Awarded for Best Staff Service in China.

Tenth place is for Garuda Indonesia, the national airline of the Republic of Indonesia, which beat Turkish Airlines and Qantas Airways. Each year, its aircraft transport more than 25 million passengers on 40 domestic routes through the beautiful Indonesian archipelago and to 36 international destinations. Awarded for Best Crew. 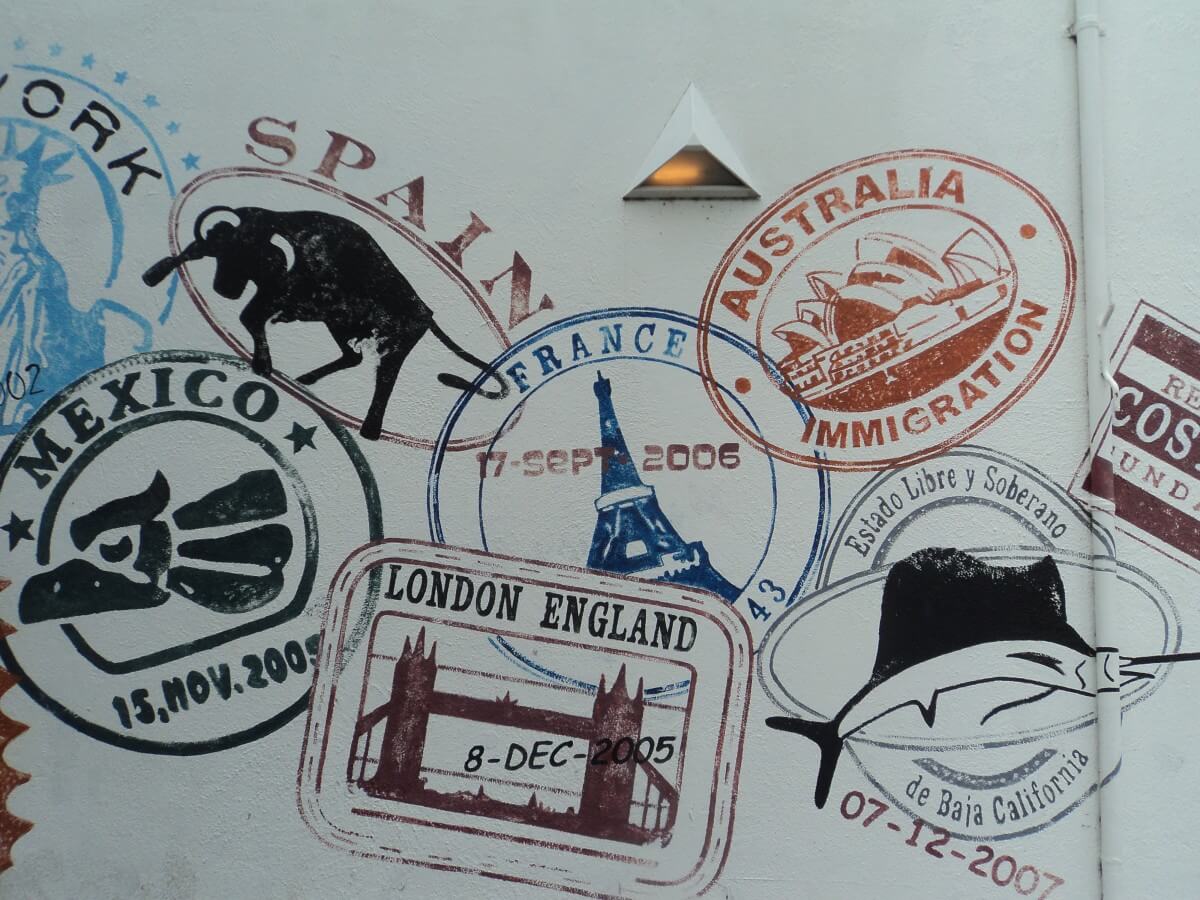 Enjoy planning your next trip and, with this small guide, try to pick the best airline so that your experience is great from beginning to end. We invite you to check out the Hotels around the world, since as an Exclusive Traveler Club member you have many benefits that you can take advantage of.

Always thinking about you, we are the only club that offers an integral solution for traveling! 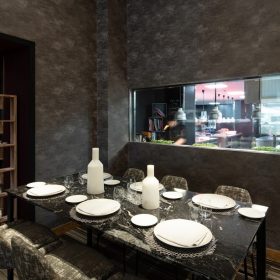 Unforgettable moments at the table in Europe 9 August, 2021