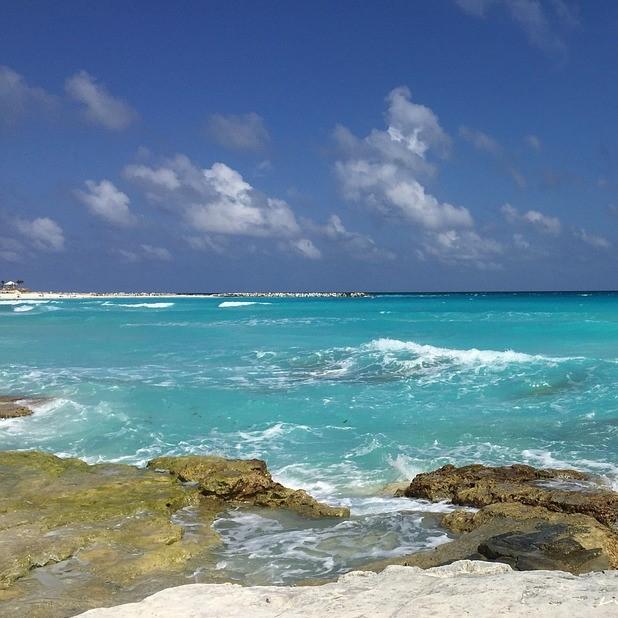 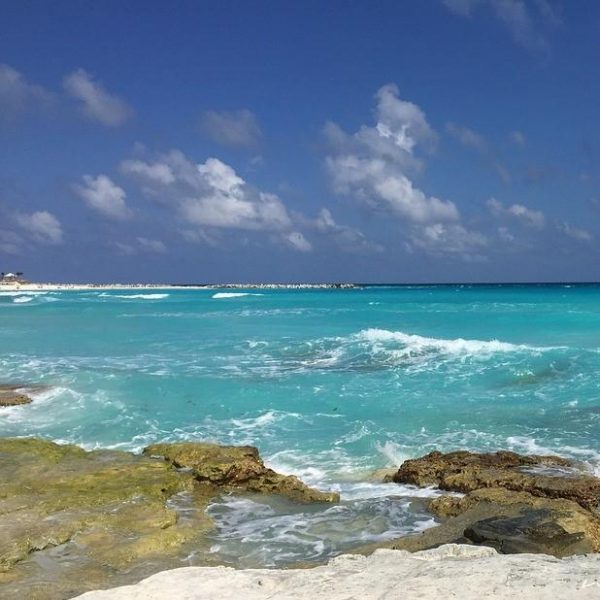 Mexico is one of many people’s favorite destinations because its exuberant nature, beautiful beaches and great diversity of marine species make it a tropical paradise.

We find a great barrier reef when crossing the Gulf coast in Campeche, located in the Yucatan Peninsula, and the Caribbean Sea; it extends along the coasts of Guatemala and Belize until reaching the Honduran coast. It makes up the second largest coral reef formation in the world, surpassed only by the Great Barrier Reef in Australia.

This great barrier reef, beginning in the Mexican Caribbean, attracts countless marine species because of the large amounts of plankton and numerous fish located in this paradisiacal spot.

The most typical marine fauna found in the Mexican Caribbean are noted below.

The whale shark, a plankton eater 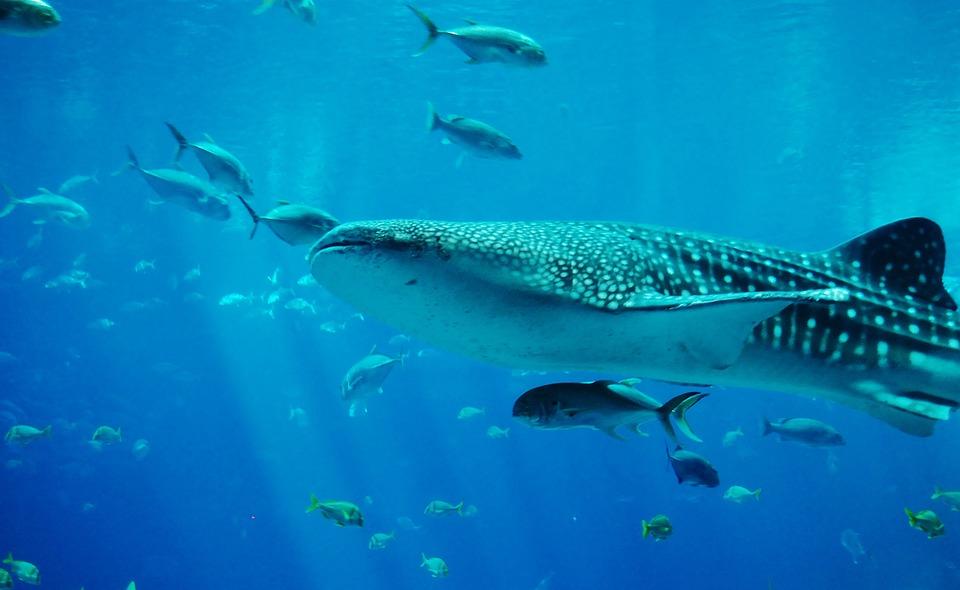 It is the largest fish in the world and is relatively harmless despite its enormous size. Whale sharks measure around 12 meters in length and weigh about 15 tons. From May to September, groups of up to 400 of these species have been spotted feeding near the Mexican Caribbean coast. 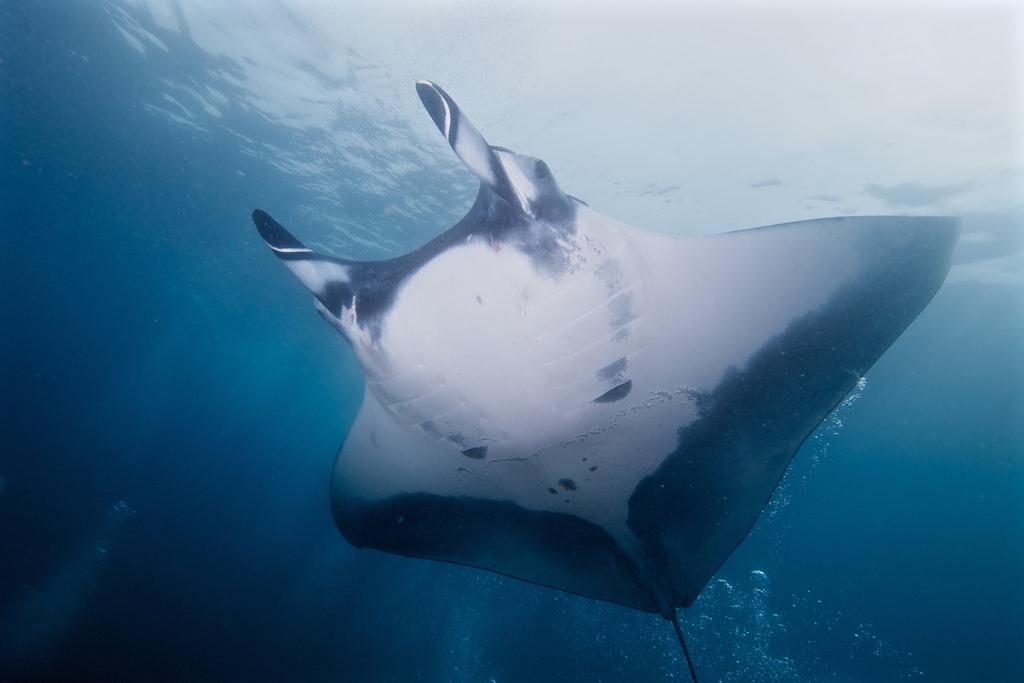 This giant fish feeds on plankton and can reach a wingspan of about 6 meters.

Due to its enormous body, many parasites and fungi adhere to it. These species make the most of their stay in Caribbean waters where small fish feed on the parasites attached to their bodies, meanwhile they float inert and let the cleaning fish do their job. 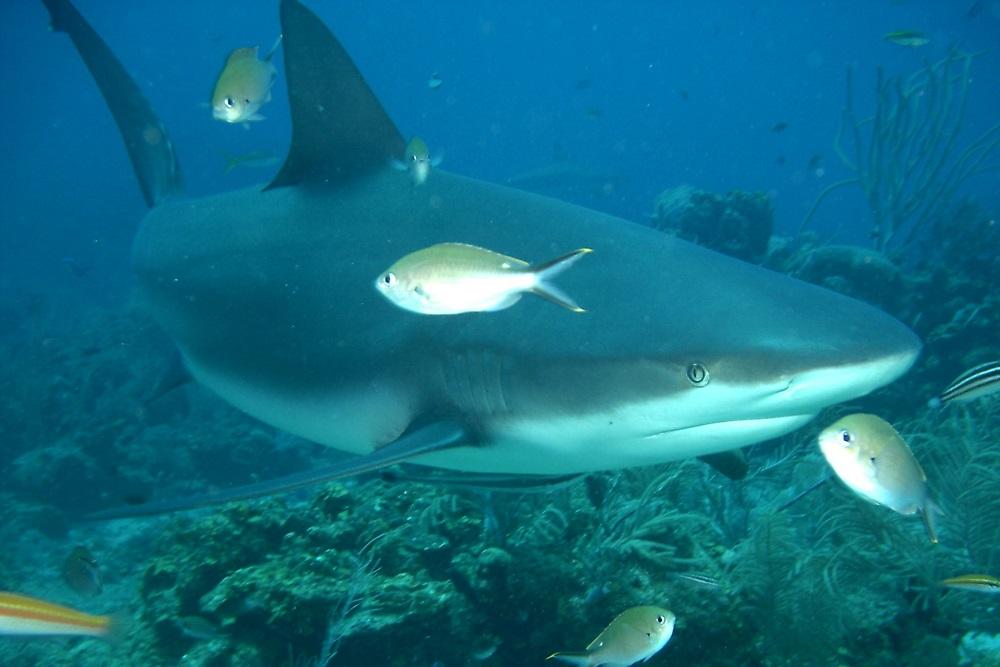 Bull sharks are fearsome predators at the top of the food chain in the Caribbean. There are many other species of sharks, but the bull shark is the most representative. They can measure up to 3.5 meters in length and weigh about 250 kg.

On many occasions, this shark swims up river, heading many kilometers inland. This rare ability to live interchangeably in salt, brackish and fresh water is what is currently causing this species to grow, while other types of sharks are experiencing serious problems due to overfishing. This peculiar quality is due to a gland near the kidney that allows the bull shark to stabilize the salinity of its body in any type of water. 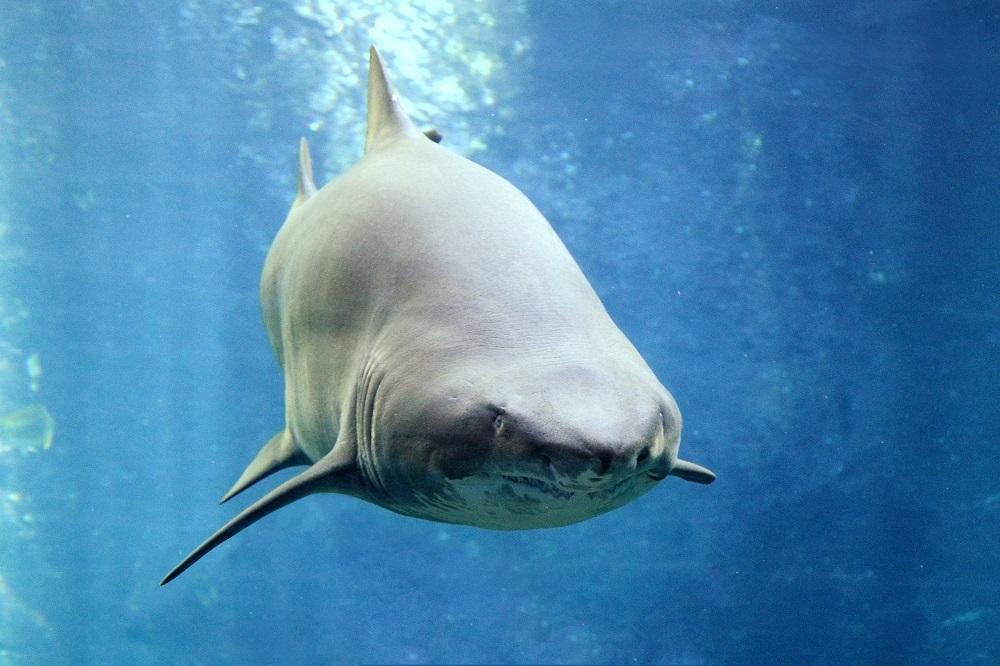 The aforementioned species is the most predominant one in the Caribbean waters, although there is another species that is also named bull shark, whose existence is threatened; it reaches 2.2 meters in length and weighs 170 kg. It is also known as the Sardinian shark and it is one of the most striking animals in the Mexican Caribbean. 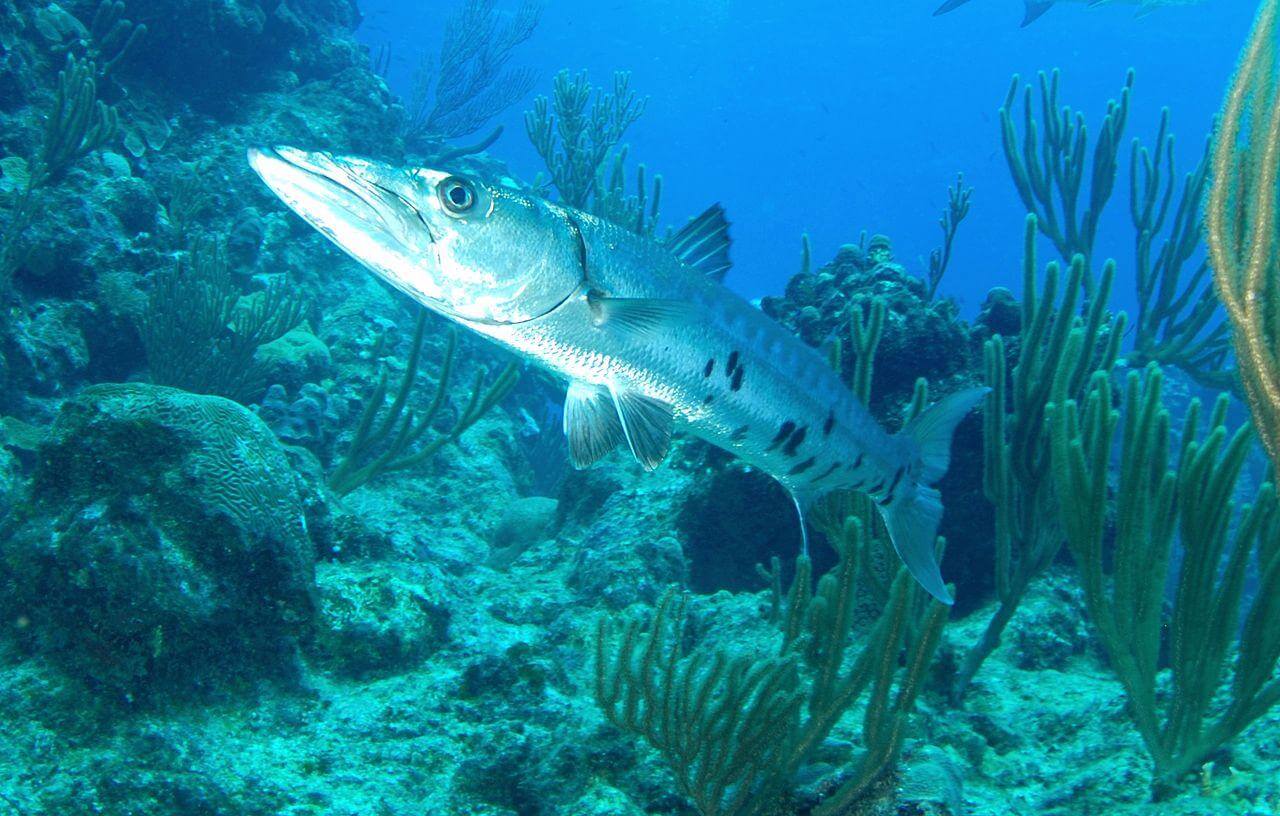 They gather in large schools during spawning seasons and then continue their lives alone or in small groups. There are over 20 species of barracuda.

They are very voracious predators and the biggest specimens reach almost 2 meters in length, while the smaller ones measure around 45 cm. Barracudas feed mainly on other fish like cephalopods and prawns. They are inedible because they feed on poisonous species (puffer fish, among others) and are also cannibalistic toward their young.

Barracudas, due to their short bursts of speed, can overtake their prey at 56 mph. They are relentless and very aggressive hunters; they do not hesitate to attack divers. 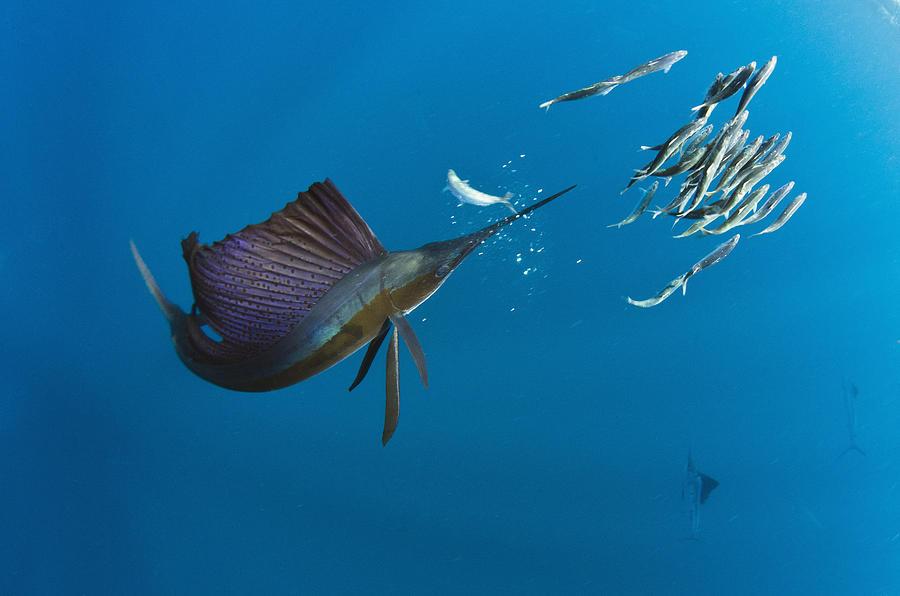 This is probably the fastest swimming fish because it can exceed 67 mph.

Unfortunately, due overfishing, it is in danger of extinction since previously you were allowed to catch sailfish up to 3 meters long. In 1963, the average weight of sailfish caught was 120 kg, whereas now the largest barely reach 40 kg.

It is estimated that this species could cross a 50-meter Olympic pool in 2 seconds. The 50-meter freestyle world record is set at 20.91 seconds. 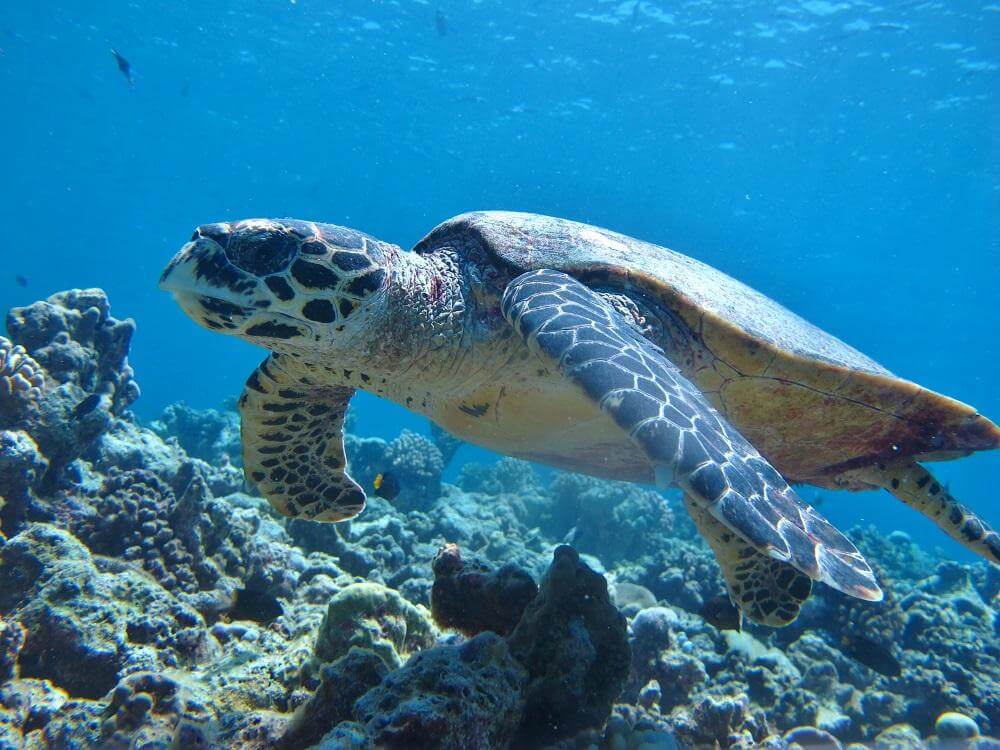 The Mexican beaches of the Caribbean Sea have the privilege to be spawning areas for four species of sea turtles. 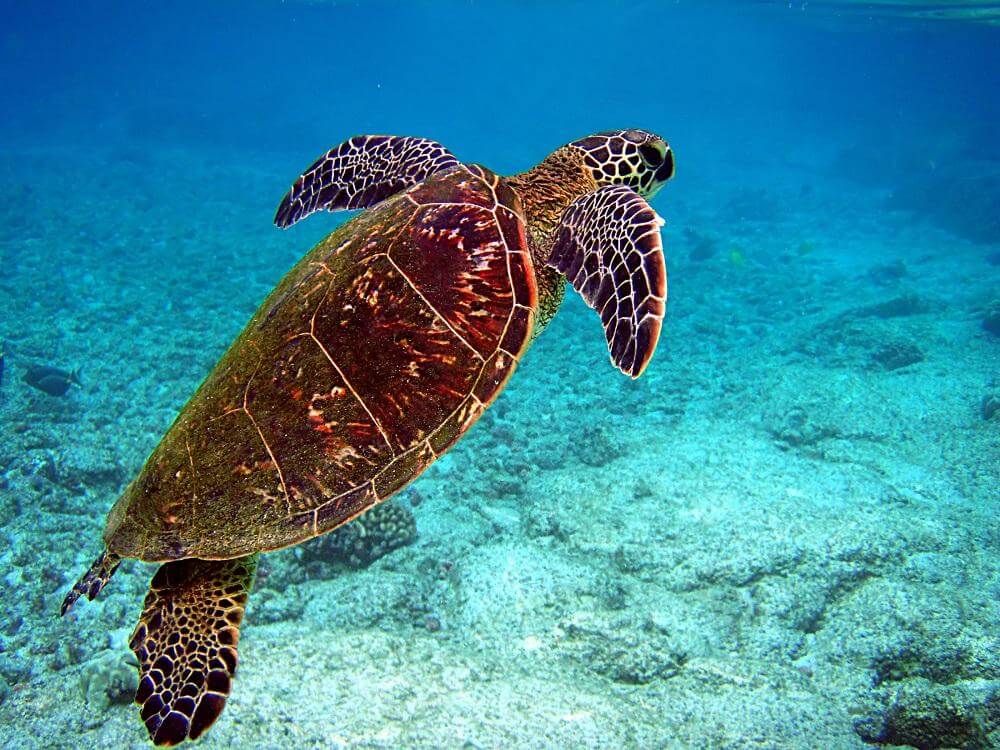 At present, this beautiful turtle is critically endangered. Fortunately, there are associations in Mexico that ensure their reintroduction and natural conservation. 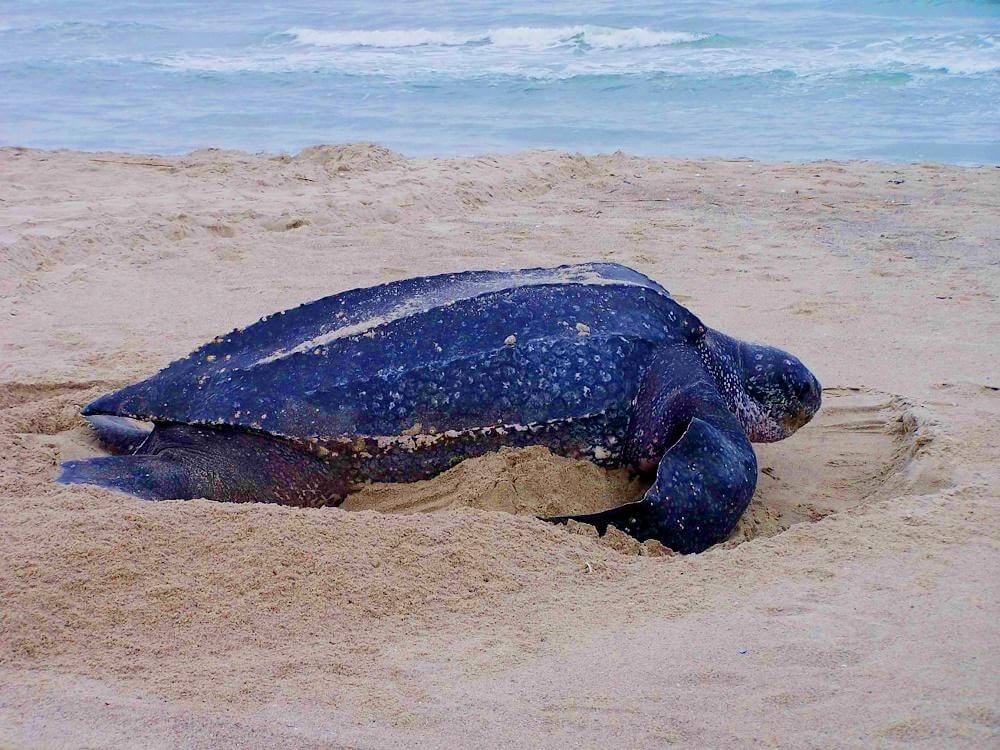 It is a large sea turtle that is also endangered. It is one of the most beautiful species in all of the Mexican Caribbean. 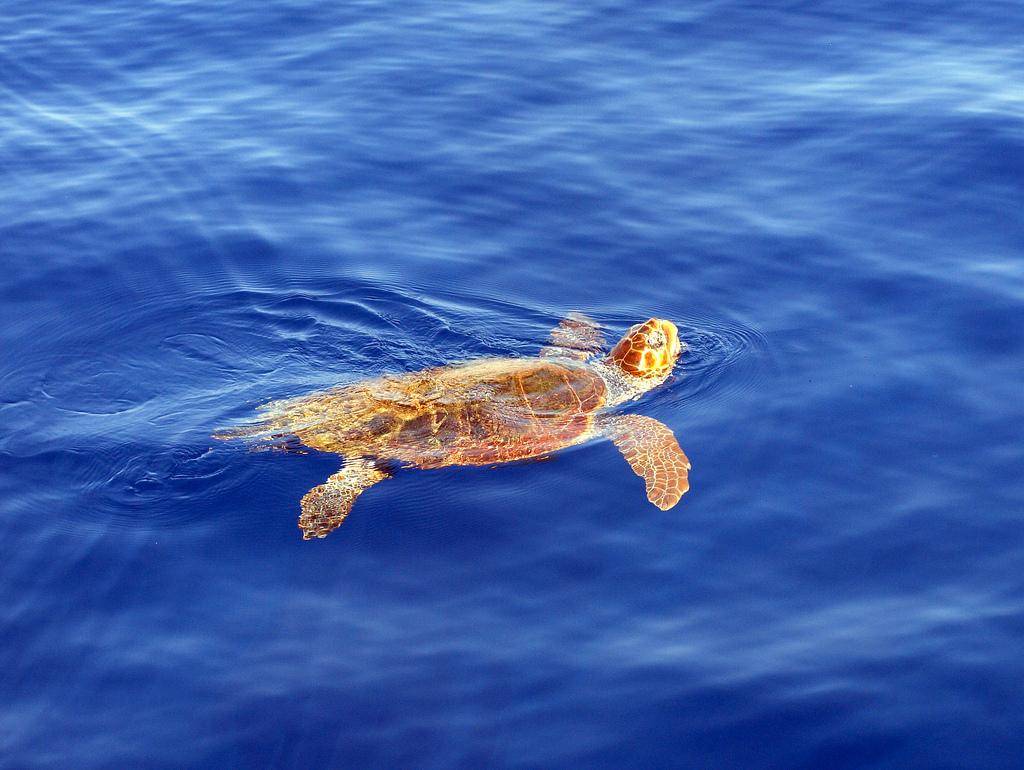 It is probably one of the most popular turtles in the Mexican Caribbean because it is considered the largest; it can reach more than 2 meters in length and weigh 600 kg. Like the others, it is also endangered.

This species is distributed throughout all the seas and oceans on the planet. Loggerhead sea turtles reach 90 cm long on average and weigh 135 kg, although there are much larger ones that can reach up to 210 cm long and weigh 545 kg. Unfortunately, this species is also endangered.

The royal frigate, a great sea bird that roams around the Mexican Caribbean, is another animal typically found in the area. It measures 1 meter in length and its wings can span 2.2 meters. It feeds on fish and other marine birds.

Fortunately, Mexico has numerous environmental groups concerned about conserving the enormous wealth of its marine and terrestrial fauna.

We recommend that on your next vacation to the wonderful Mexican Caribbean with Exclusive Traveler Club, you stay at the hotel Catalonia Riviera Maya. For a unique experience, go snorkeling or diving and have direct contact with the marine flora and fauna of Mexico! 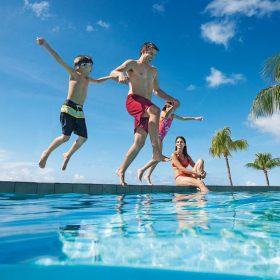