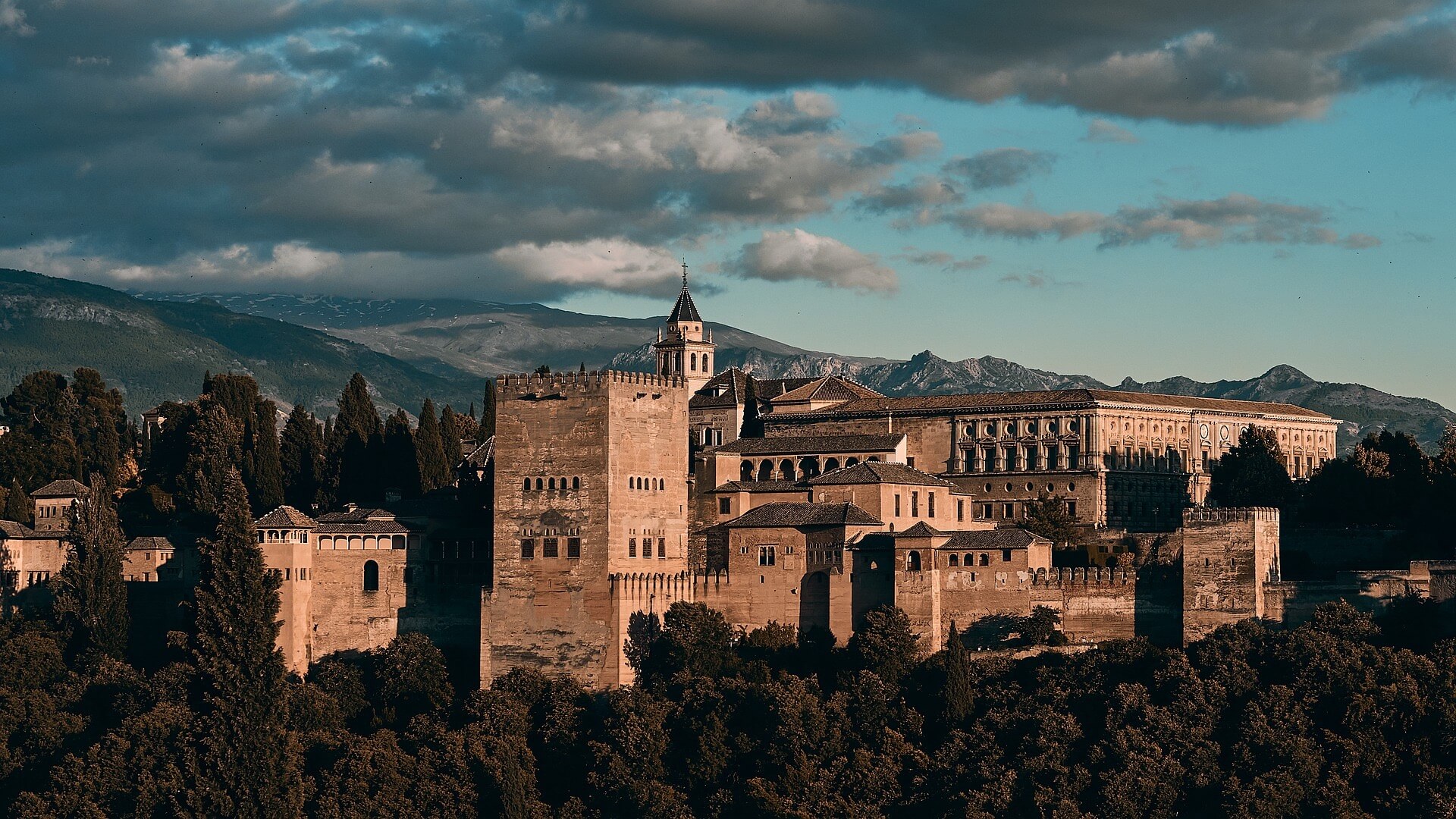 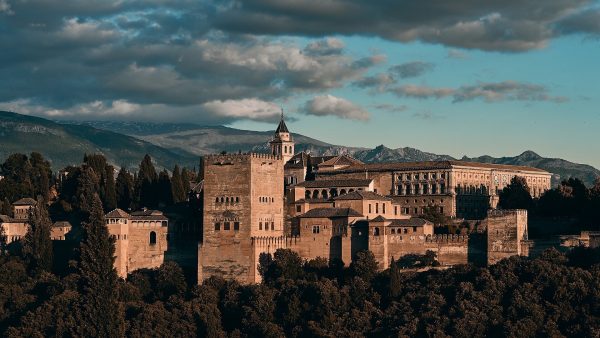 At the foot of the Sierra Nevada, between the Darro and Genil rivers, lies one of the most interesting cities of Eastern Andalusia. The impressive Andalusian heritage adds to architectural gems from the Renaissance period and the most modern facilities of the 21st century.

The fact it was the last city reconquered by the Catholic Monarchs in 1492 gives Granada an unmistakable Arabic flavor. Its gastronomy, craftsmanship and urbanism are brought about by its glorious historical past; fountains, lookouts and cármenes (houses surrounded by characteristic gardens of this city) help to create unforgettable corners. Unsurprisingly, one of its old neighborhoods, “el Albaicín,” is a World Heritage Site. 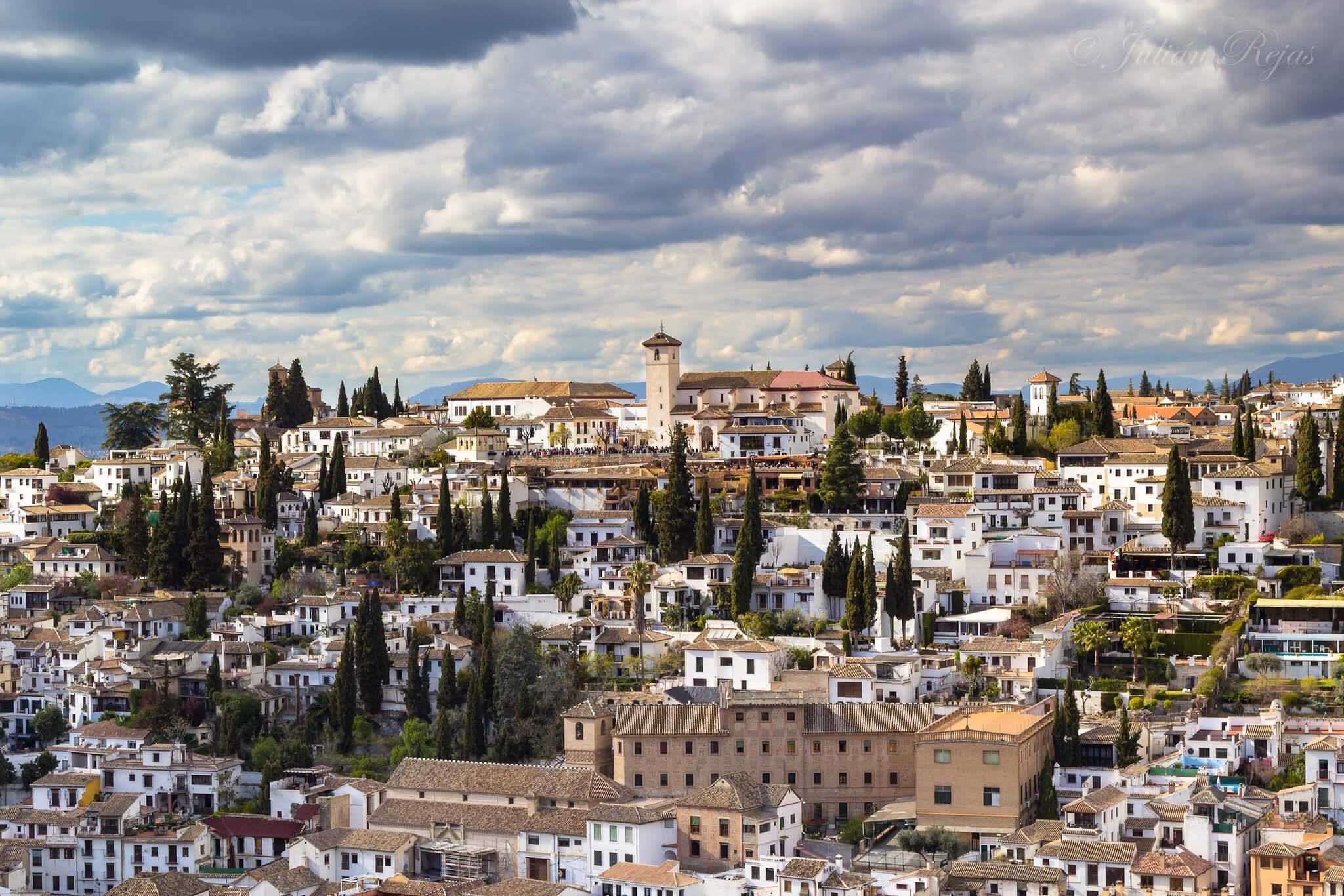 Granada has a spectacular Arab heritage that you must visit. Its cultural history encompasses wonderful places such as the Alhambra, the Generalife and the Nasrid Palaces.

It has a very wide range of accommodation options including historical buildings such as the old convents of Santa Paula and San Francisco as well as cármenes or cave houses in Sacromonte. If you are a nature and hiking lover, pack your suitcase and hiking boots because the Camino Mozárabe de Santiago can be a very interesting plan, as it passes through Granada and is one of the routes that leads to Santiago de Compostela (the Way of Saint James). 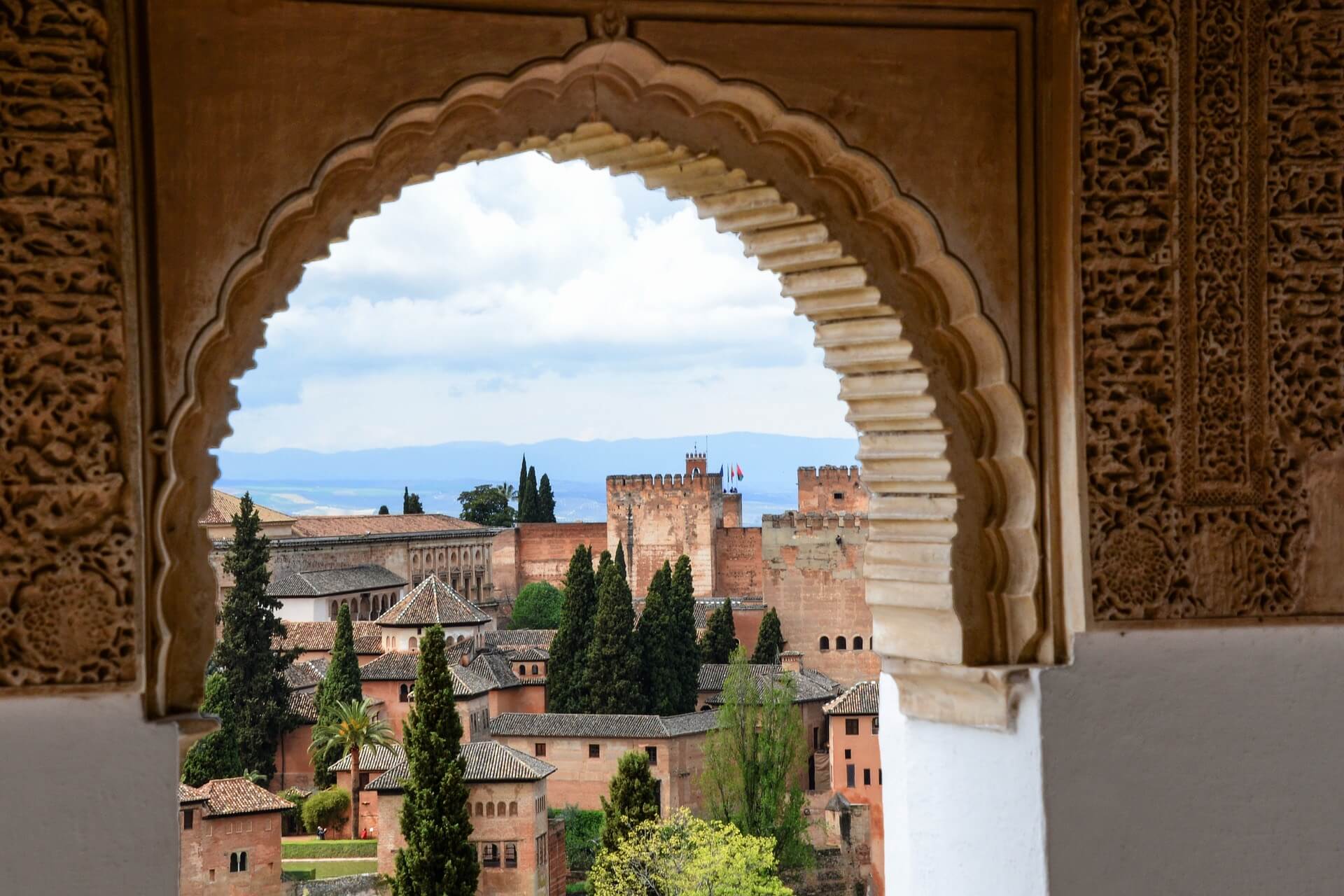 During the winter season, you can enjoy a few days of skiing at the famous and beautiful Sierra Nevada resort where the sunny climate of southern Spain sometimes lets you ski without warm clothes—in short sleeves—and in lots of sun; but in summer, Granada has a great atmosphere. In addition to enjoying the culture of the city, you can go for a swim at the beautiful beaches in the province of Granada such as Playa de la Joya or Playa Calahonda and taste good local food at the beach bars.

Even if your plan is for business or studying, you will be able to enjoy the old Renaissance palaces where seminars, conferences and lectures are held, while the most innovative facilities are prepared for large events.

The four-star Catalonia Granada Hotel is in a privileged location; it is located five minutes from the historical center and the Granada Cathedral, next to the train station (a future AVE station). 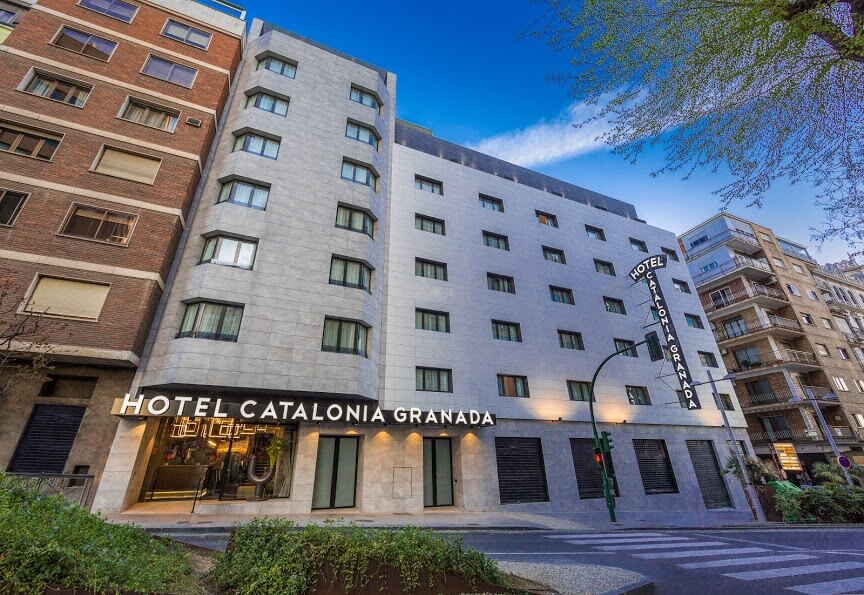 This hotel, opened in 2018, boasts exquisite and modern decorations in all its areas. It has 153 elegant and comfortable rooms equipped with all mod cons such as free Wi-Fi, room service and a variety of additional services. It has a breakfast buffet, snack bar and a restaurant that offers regional, Spanish and international cuisine so that your stay in the city is simply wonderful.

By staying at this resort, you can also enjoy the wellness area that includes a spa with a pool, massage rooms, a terrace on the top floor with a pool and views of the city and a gym as well as meeting and convention rooms.

Enjoy your next trip to this magnificent destination! Remember that as a member of the club, we guarantee an upgrade in your room for all exclusive memberships. 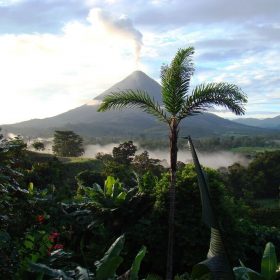 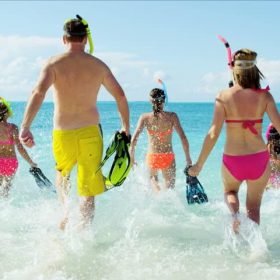 We are going to the Caribbean during Holy Week 19 March, 2018