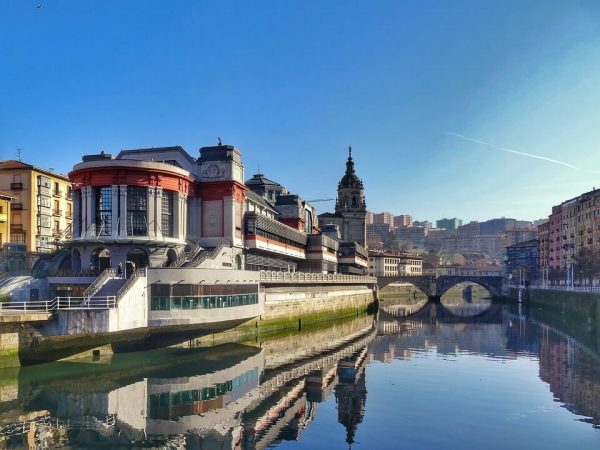 Without a doubt, one of the most avant-garde and modern cities in Spain in recent years is Bilbao; this city boasts fantastic architectural works of art and is especially known for its famous Guggenheim Museum.

This is why this destination in the Basque Country could also be called “The City of the Guggenheim.” Since this unique museum was built in 1997, Bilbao has been transformed forever.

All visitors are impacted by its striking structures created by prestigious architects, making it an international benchmark of modernity. Interestingly, what gives it its unique character is its combination of avant-garde with the traditional touch of its old quarter.

This historic area is full of charming streets and bars with bars full of delicious pintxos, which shows us that gastronomy is enjoyed and experienced passionately in Bilbao. This city hasn’t earned a top place on the list of the most interesting places in Spain for nothing.

A destination of contrasts

When you plan to visit this city in northern Spain, you can start your tour at its most famous place: the Guggenheim Museum. It is one of the most striking examples of 20th-century architecture, as Frank Gehry used more than 33,000 sheets of titanium to create the unique curved shapes that can be seen throughout the structure. 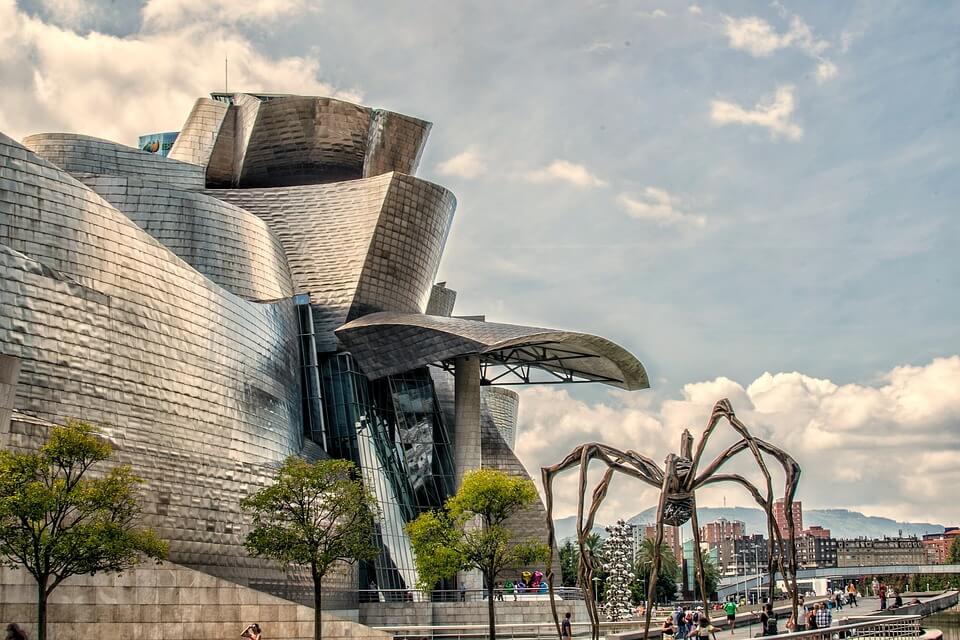 Inside, you can see one of the most important private collections of modern and contemporary art in the world. The city is also home to another of Spain’s finest art galleries: the marvelous Museum of Fine Arts.

Its characteristic old quarter is equally important with over 700 years of history. Strolling through the areas known as the “Siete Calles” (Seven Streets) is a must. You will find emblematic buildings such as the cathedral, the Arriaga, or the theater, which is considered one of the most elegant as it is inspired by the Paris Opera. You will also find a combination of stores, restaurants, and bars that go from very traditional to very modern.

Bilbao is proof that gastronomy is an art in the Basque Country since it is one of the cities with the most Michelin stars per person in the world.

You must visit Plaza Nueva and the area surrounding it, as this area is full of popular bars serving famous pintxos: small sandwiches with tasty local ingredients. Plus, the area also has family-owned restaurants and prestigious chefs, so this will be the perfect place in Spain for foodies.

During your food tour, you should visit the Ribera Market, a wonderful building where they can cook what you would like to buy for you or where you can also try a selection of pintxos and Txakoli wine accompanied by the rhythm of the music and a local atmosphere.

Bilbao, full of culture and gastronomy, is also a green city with beautiful parks like Doña Casilda de Iturrizar Park, surrounded by hills. You must make your way up to the Artxanda Funicular, a classic place to admire the city from above.

Its renovated riverwalk on the banks of the estuary is the other great symbol of regeneration in the Basque country. In this place, you can watch people paddle surfing or rowing or you can take a boat trip to the famous hanging bridge in Portugalete, which has been declared a World Heritage Site.

A major plus is that the beautiful beaches and spectacular cliffs of Getxo are just over half an hour away if you take the metro.

Don’t think twice about planning your summer in Bilbao, which is currently the heart of the Basque Country, as it is a cosmopolitan city that offers travelers a unique experience!

In this unique Spanish city, we invite you to stay at the new Catalonia Gran Via Bilbao, a hotel strategically located downtown and very well connected to the rest of the tourist attractions.

Remember that as an Exclusive Traveler Club member, you have a direct and guaranteed room upgrade (according to your membership level) at Catalonia Hotels in Europe, and you can also add a flight to your hotel reservation at www.exclusivetravelerclub.com 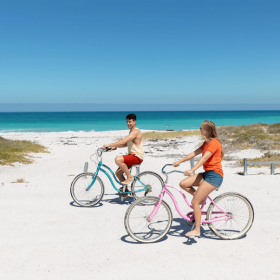 Costa Mujeres and its surroundings 6 May, 2022 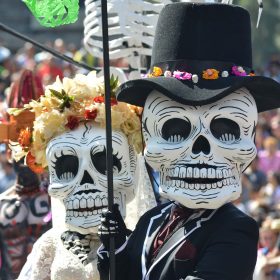 10 magical Mexican destinations where you can celebrate the Day of the Dead 26 October, 2018